J'Nai Bridges, “The Beyoncé of Opera” 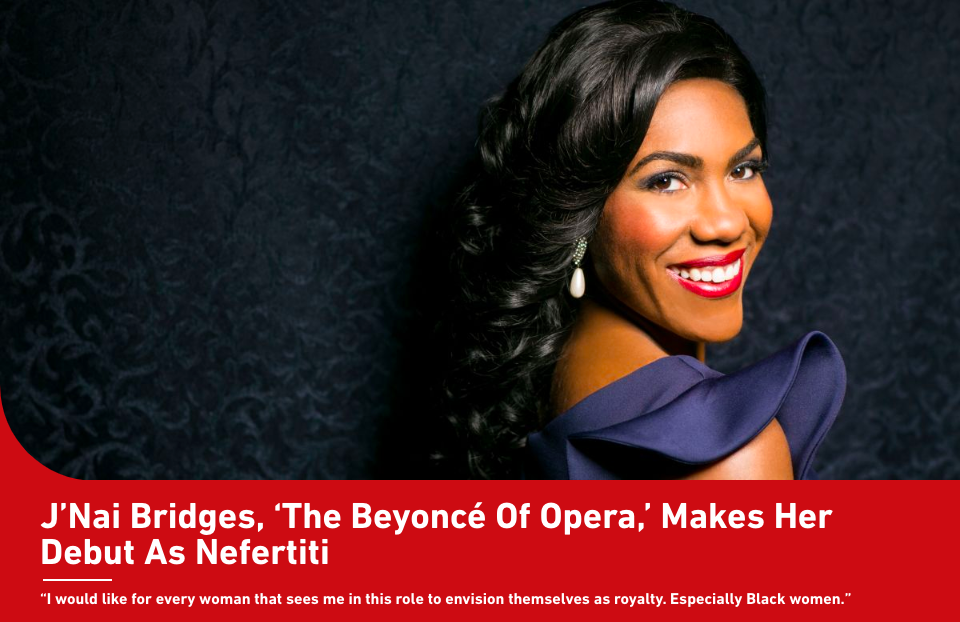 J’Nai Bridges triumphed in her debut at the Metropolitan Opera singing Queen Nefertiti in Philip Glass’ Akhnaten (The New York Times, Anthony Tommassini). Last week, BET called her "The Beyoncè of Opera." But Bridges still has plenty to look forward to in the coming year:

Debuting with Washington National Opera in March, Bridges will sing her first performances as Dalila in Camille Saint-Saëns’ Samson et Dalila. She will return to Dutch National Opera in May, singing the title role in Carmen, followed by her debut at Festival d’Aix-en-Provence in Berg’s Wozzeck, conducted by Sir Simon Rattle. She will also make her debut at the BBC Proms this summer as soloist in Beethoven’s Symphony No. 9.

New York Magazine - How an Opera Star Dresses for Work

BET - J’Nai Bridges, ‘The Beyoncé Of Opera,’ Makes Her Debut As Nefertiti